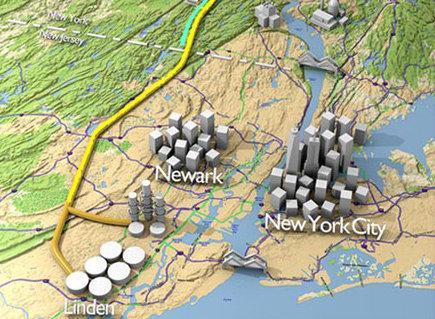 By Paul Gallay and Andrew Willner

The proposed Pilgrim pipelines are a direct threat to  the waters, wetlands, and communities of the New Jersey Highlands, New York’s Hudson Valley, and the Hudson Raritan Estuary.

Communities in the path of the pipelines are standing up in protest. And as former and present bi-state waterkeepers, we can attest to the very real risk that oil pipelines present to our precious water supplies and resources.

We expect Seggos and Gov. Andrew Cuomo to do the right thing: Take action to protect our environment and our climate by saying no to this ill-conceived, dangerous, and unnecessary fossil fuel project that if built, will leave us with the threat of another catastrophic spill into our waterways for the next 50 years. 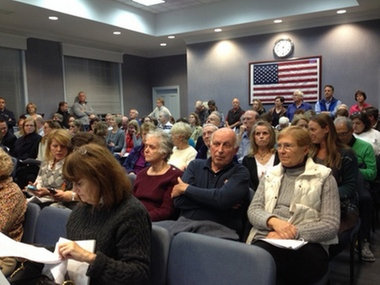 In New York, Pilgrim’s proposed pipelines would cross 232 streams and 8 aquifers, including the Hudson, Wallkill, and Ramapo rivers, and Coxsackie, Esopus, and Catskill creeks. The Catskill and Delaware aqueducts, which supply water to New York City, would also be crossed.

A major pipeline spill could contaminate the drinking water for the several million people and dozens of municipalities who rely on these key water sources.  If a pipeline spill were to contaminate the Hudson River watershed in New York or the Ramapo River or Buried Valley aquifers in New Jersey, irreplaceable water sources beneath the anticipated route of the Pilgrim pipelines, it could take decades before the water for millions of residents would be safe to consume.

This is an issue that affects much of our region, as water from the NY/NJ Highlands is used by communities as far away as Newark.

And such a spill is statistically inevitable. Federal regulators report that between 2003 and 2013, one pipeline incident occurred on average every other day.

These significant risks bring to mind the event that first brought us together: a ghastly spill from the Exxon refinery in Linden on New Year’s Day in 1990, when more than 500,000 gallons of oil leaked from a pipeline into New York Harbor’s Arthur Kill waterway. 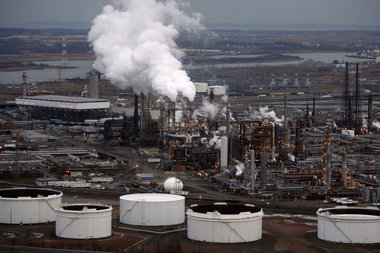 One month, the state claims the damage is “staggering” and “unprecedented.” Now its outrage can be paclfied for three cents on the dollar.

We met in the aftermath of that New Year’s Day spill in our respective roles as an attorney for the New York Department of Environmental Conservation and the newly appointed Baykeeper for the waters of New York Harbor that included the Arthur Kill.  The more than 500,000 gallons of oil leaked for many hours before the U.S. Coast Guard was even notified, and damaged hundreds of acres of wetlands, killed thousands of migratory ducks and other birds, and had incalculable destructive effects on the wildlife and communities surrounding the Arthur Kill in Staten Island and New Jersey.We worked together for more than a year to help to develop a plan that cleaned up the spilled oil (the Coast Guard estimated that less than 20 percent of the oil was recovered), what the appropriate fines were, and what natural resource damages should be assessed for the serious, and permanent environmental and societal damage caused by the spill.

In the face of Pilgrim’s proposal to build 170 miles of new fossil fuel pipeline through New York and New Jersey’s most precious waterways and resources, we agree that we never wish to repeat our 1990 experience and oversee a response to a statistically inevitable Pilgrim pipelines spill into the Hudson, one of its tributaries, the drinking water reservoirs of the NY/NJ Highlands, or the ecologically important wetlands habitats of the Hudson/Raritan Estuary.

Ironically, the pipeline’s’ proposed terminus is the same refinery in Linden, from which the 1990 Bayway spill occurred. After decades of ecological abuse and after being fined and required to pay millions of dollars in natural resource damages, the risk of releases from this facility and the pipelines that lead to it are just as great as they were in 1990.

More than just our drinking water is at stake. In New Jersey, the pipelines are proposed to cross trout reproduction streams and other Category 1 streams, as well as five or more sites containing rare and state endangered plant species. The proposed route also crosses numerous (New Jersey) Green Acres Program sites, including a number of state and county parks, reservations and reservoirs.

And communities and fragile environments do not easily, quickly or completely recover from such environmental insults. Communities along the Arthur Kill and Kill Van Kull in New York and New Jersey are still recovering from the multiple spills from the early 1990s, as are the wetlands and other habitats — some of the only natural spaces in those communities. Wetlands in Rhode Island are still leaking oil after a spill that occurred more than 40 years ago, and in Minnesota, despite efforts to clean up an oil spill that polluted an aquifer in 1979, the water still wasn’t safe to drink in 1996, 17 years later.

Can we afford to put these precious natural resources and the drinking water for millions of New York and New Jersey residents at risk?

We are among thousands of people and local elected officials who understand that despite Pilgrim’s assurances, if the pipelines are built, there will be spills, and once again the region will be faced with a decades-long cleanup.

Andrew Willner is the Baykeeper Emeritus for NY/NJ Baykeeper. He retired in 2008, served on the Baykeeper Board for seven years, and lives in Rosendale, NY. Paul Gallay, an attorney formerly with the New York Department of Environmental Conservation, is president of Hudson Riverkeeper and lives in Cold Spring, N.Y.

This site contains copyrighted material the use of which has not always been specifically authorized by the copyright owner. We are making such material available in our efforts to advance understanding of issues of environmental and humanitarian significance. We believe this constitutes a 'fair use' of any such copyrighted material as provided for in section 107 of the US Copyright Law. In accordance with Title 17 U.S.C. Section 107, the material on this site is distributed without profit to those who have expressed a prior interest in receiving the included information for research and educational purposes. Go here for more information about fair use. If you wish to use copyrighted material from this site for purposes of your own that go beyond 'fair use', you must obtain permission from the copyright owner.